So, I’m learning a new weaving style called “back strap”, (the loom is literally a strap you put around your back, of course, hence the name!).  I’ll admit I took the class to be social (peer pressure! if all your weaving friends were jumping off a cliff…?).  I didn’t think I really wanted a new way to weave; I love the weaving I do so incredibly much. However, I thought it would be an interesting intellectual exercise (which it was), I’d learn something about how another culture has traditionally done weaving (which I did) and then I’d move on (which I have NOT).  HA! So much for that theory.  I have found that I really like it just for itself and can actually see myself doing it in the future.  How fun! 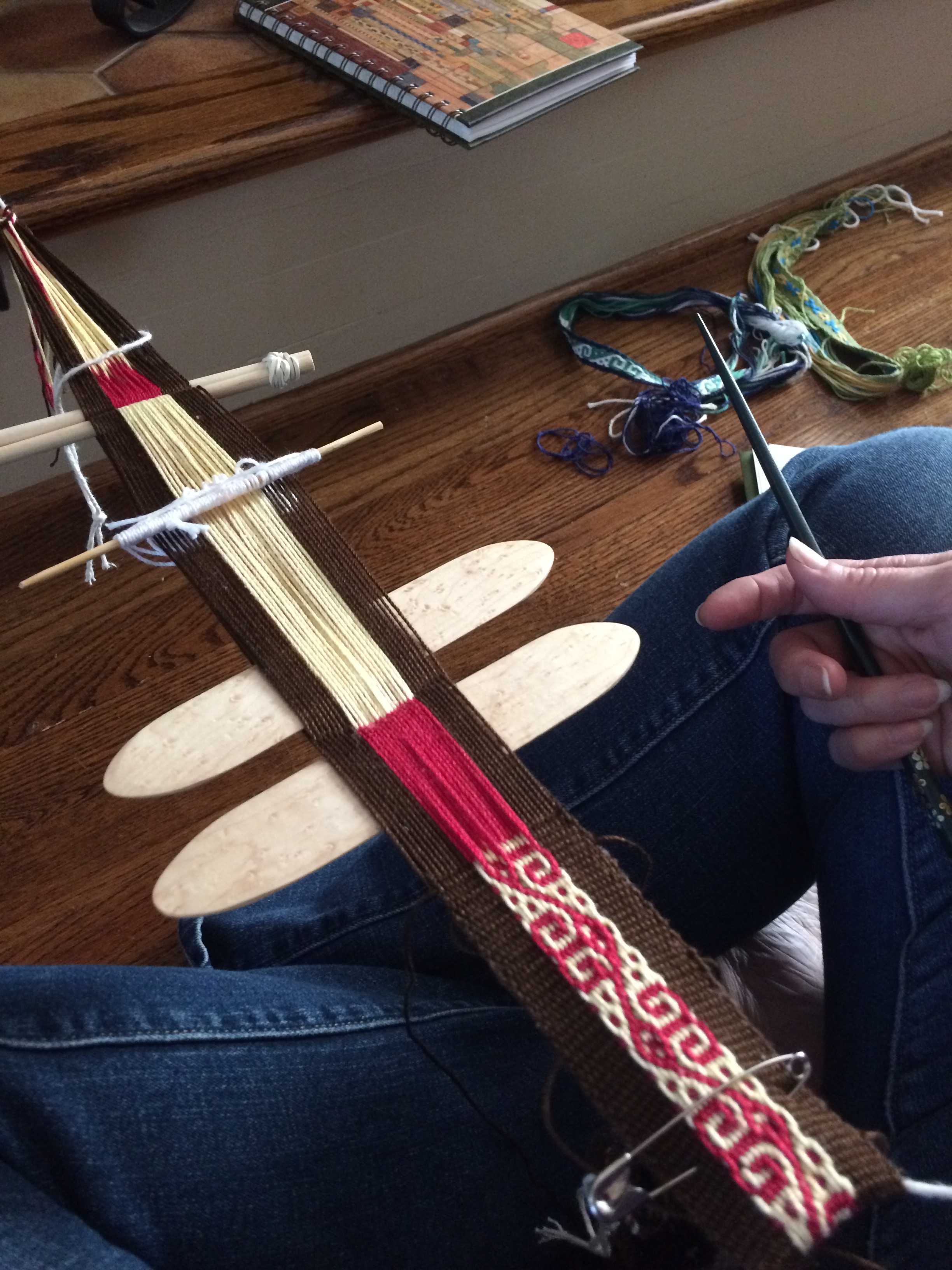 (Don’t look too close, it’s pretty wonky and I was taking the picture myself so everything except the band is actually in focus!)

I promise, though, tomorrow there will be huge coverlet weaving.  So, be warned, totally adorable cute little band.  No matter how much you taunt me from the other side of my fiber studio, I will not succumb to your sweet seductiveness, you wonderfully compact, instantly gratifying tiny weaving process.  I want to manhandle a 56 inch, 8 harness loom…

View all posts by Jennifer Lackey